Over 180 of the best local food & drink producers, talks & demonstrations from top chefs, plus the legendary sausage & ale trails.

In 1995 members of Ludlow and District Chamber of Trade and Commerce came up with a number of ideas to help boost the business image of Ludlow and the surrounding area. The main idea was to create a festival, which would both promote the area's small food and drink producers and encourage visitors to explore Ludlow's fascinating shops, restaurants and pubs.

In 1995 this was a novel idea, which, it was freely admitted, was done "just to see what happened". The venue was not a problem - the castle square with its traditional open-air market and the town's historic castle (used from the second year onwards) provided the perfect backdrop. This setting was combined with events like the trails, which were designed to encourage visitors to explore Ludlow and its specialist shops, restaurants, cafes, pubs, etc.

THE REST, AS THEY SAY, IS HISTORY!

The festival was an immediate success thanks to the response from those same food and drink producers and suppliers - and the band of volunteer helpers who gathered to stage the event. They had no instruction book; nothing like it had ever been tried before. But they were enthusiastic, committed and imaginative - and willing to work hard

At around the same time Ludlow attracted top chefs like Shaun Hill who established his Merchant House restaurant in the town, David Wilson Lloyd (then at the Salwey Arms, Woofferton) and Ken Adams (then of The Oaks in Ludlow now of the Waterdine, Llanfairwaterdine) and Frenchman Claude Bosi (initially at Overton Grange, then at his own restaurant Hibiscus). All were attracted by the abundance of top quality produce in the area.

Others followed like Olivier Bossut (Dinham Hall, and subsequently at the Roebuck, Brimfield), Peter Gartell (originally at The Clive, Bromfield), Christopher Bradley (Mr Underhill's), Wayne Vickerage (Overton Grange), Jane Malcolm (The Courtyard) and Jean Bourdeau (DeGreys, now at the Peacock near Tenbury Wells). The change of Hibiscus to La Bécasse welcomed to Ludlow the talented Head Chef, Will Holland, who achieved a Michelin star in 2010.

These chefs, the town and its magnificent countryside also began to attract the attention of the national press and media until today it has become well known, and not just in Britain, as a centre of culinary excellence with a large collection of restaurants in and around Ludlow and the wider area of the Welsh borders. It's not just top quality restaurants, though. There's an abundance of good independent food shops, butchers, bakers, farm shops - and, in short, around here we take real food seriously!

The Festival's famed Sausage Trail became a magnet for 2000 lovers of the British banger. To that has been added competitions for the Pork Pie of the Marches, Cake Competition, the Ludlow Sandwich the Best New Product and more! There is also the Ale Trail, which attracts over 1000 real ale drinkers exploring the pubs around the area.

The 1999 event saw visitor numbers practically double and that happened again in 2000 when more than 12,000 paying customers visited the tented village in the castle. A staggering record was reached in 2006, with 17,100 entering the castle during the three days, and the magic 20,000 figure was reached in 2007. Since then the festival has grown with the peak being achieved in 2010 with over 21,000 food lovers enjoying the event.

The growth in numbers has created an expansion in the team behind the event with the festival currently employing 2 members of staff year round to manage the events and the associated admin. The team of volunteers has also grown with over 120 taking part in 2013; without this team the festival simply could not take place so the town is forever in their debt.

Many festival visitors feel compelled to come back throughout the year to enjoy other aspects of Ludlow and the Marches and the growth of tourism in the town has helped maintain the local independent shops that are loved by tourists and locals alike!

This year promises to be another exciting event with new ideas being focused on to continue to provide our visitors with a welcoming and enjoyable experience at our festival. 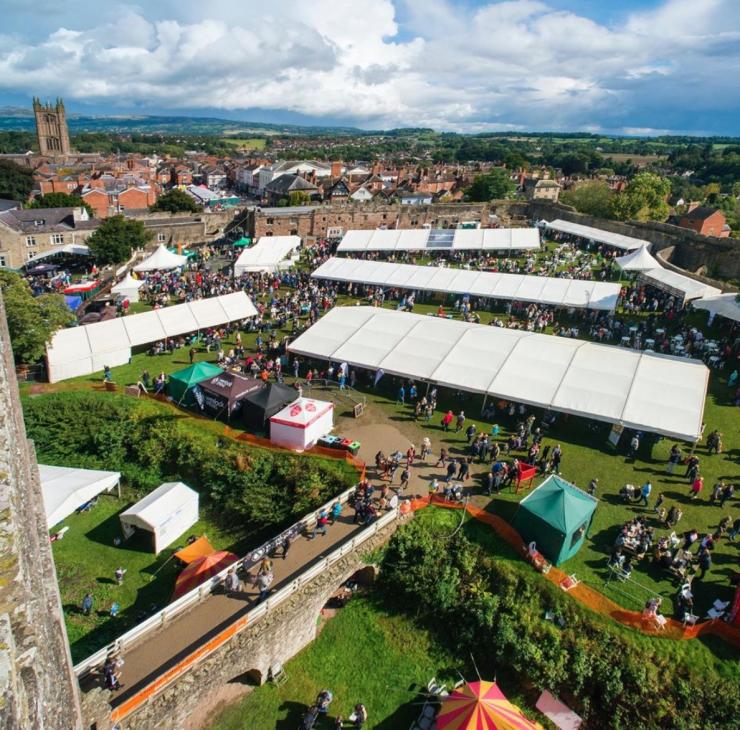 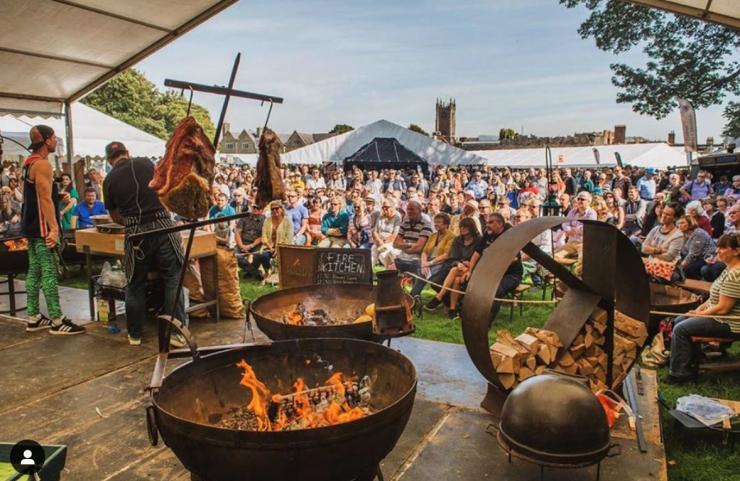 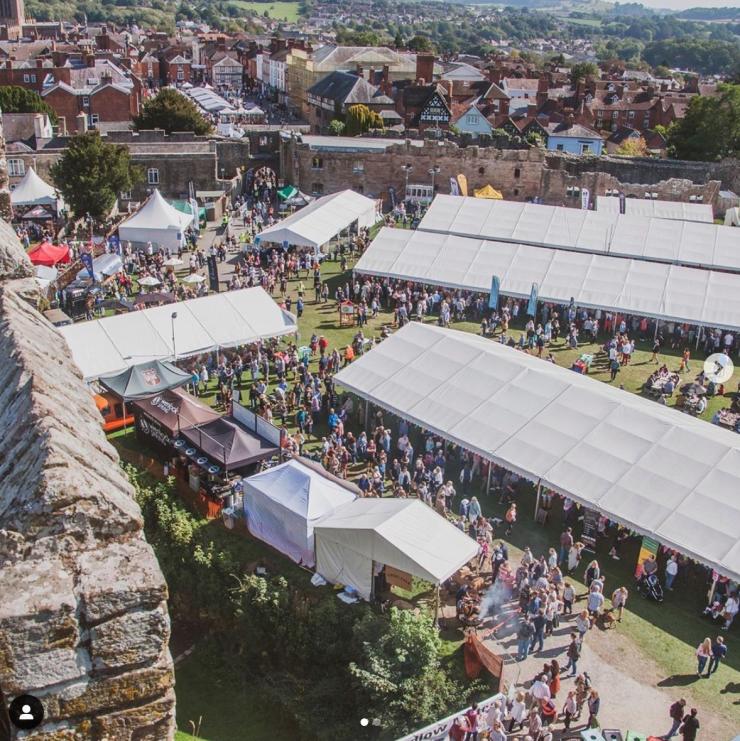