St Laurence's is the second largest Parish Church in England. The inside of the church should be visited and toured separately but the following features should be noted. Originally built in 1199, it was much extended between the 13th and 15th Centuries and has many fine features such as the famous misericords, stained glass, woodwork and monuments.

The hexagonal South Porch is one of only three in the country. Apart from Ludlow, there is a simple one at Chipping Norton and a very elaborate example at St. Mary Redcliffe, Bristol. Research for the  Shropshire 'Pevsner' suggests that the Ludlow porch was completed before the end of the fourteenth Century.

A surprising, hidden jewel not to be missed.

Note that the two windows either side of the West Door are a hundred years apart, with the earlier ballflower to the North (14th Century) and the later Southern (15th Century). The central great West window was made for the renovation of the church in the 1860's. The tower was built between 1433 and 1471 by masons from Gloucester and is 41 metres high.

The Garden of Rest was the burial ground until the 19th Century and the graves were removed in the 20th Century. From here, note the memorial plaque to A. E. Housman (with a cherry tree opposite the Hosiers), and the memorial to Adrian Jones, the sculptor. The early 14th Century of the North wall of the church has simple decorated windows. The North transept is 14th Century and rebuilt in the fifteenth Century with arrow on gable (Fletcher's chapel). 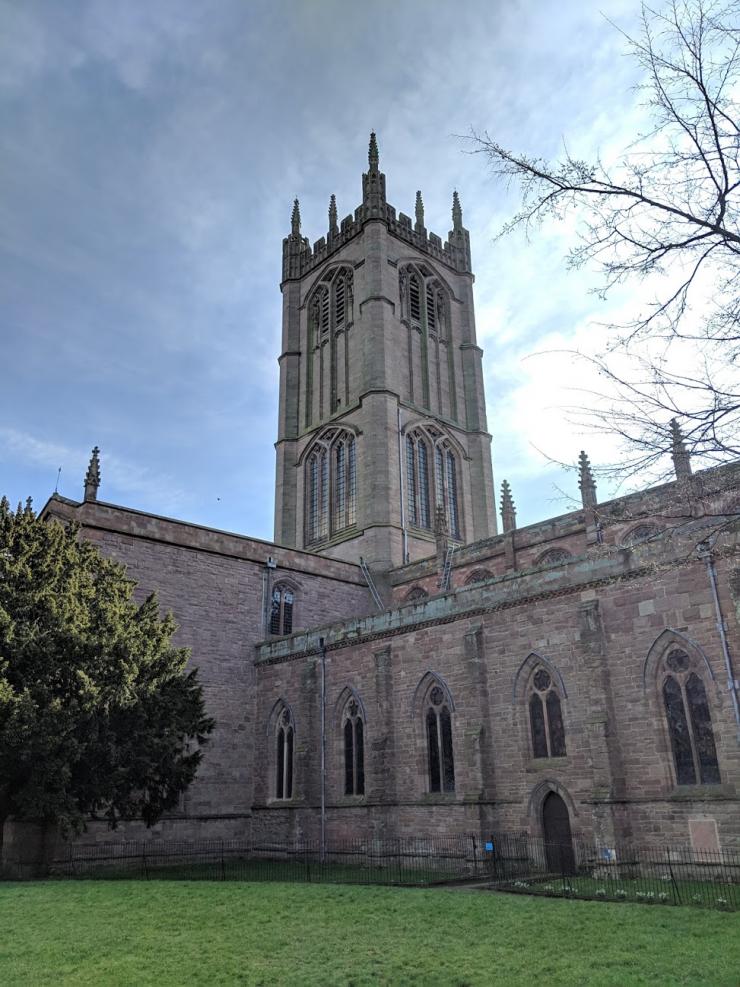 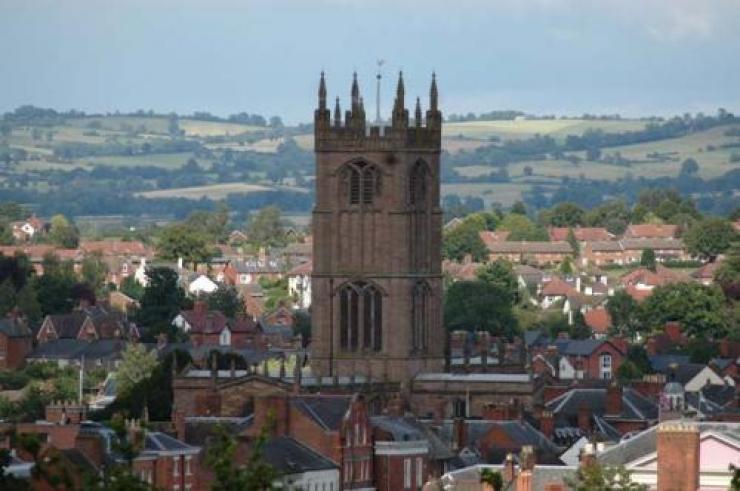 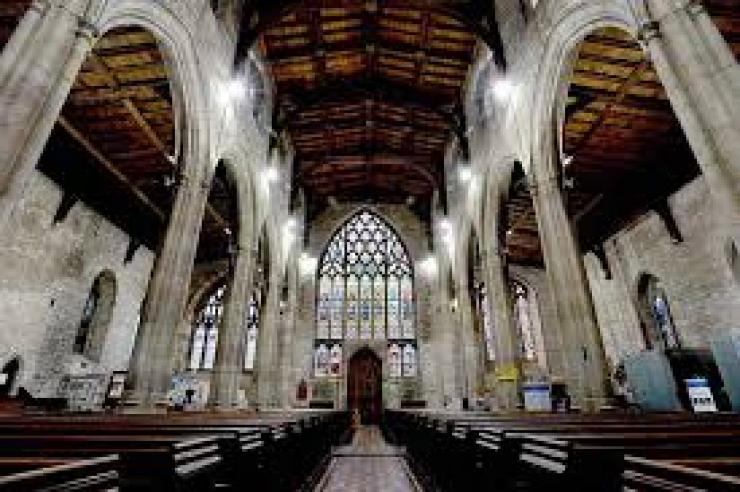 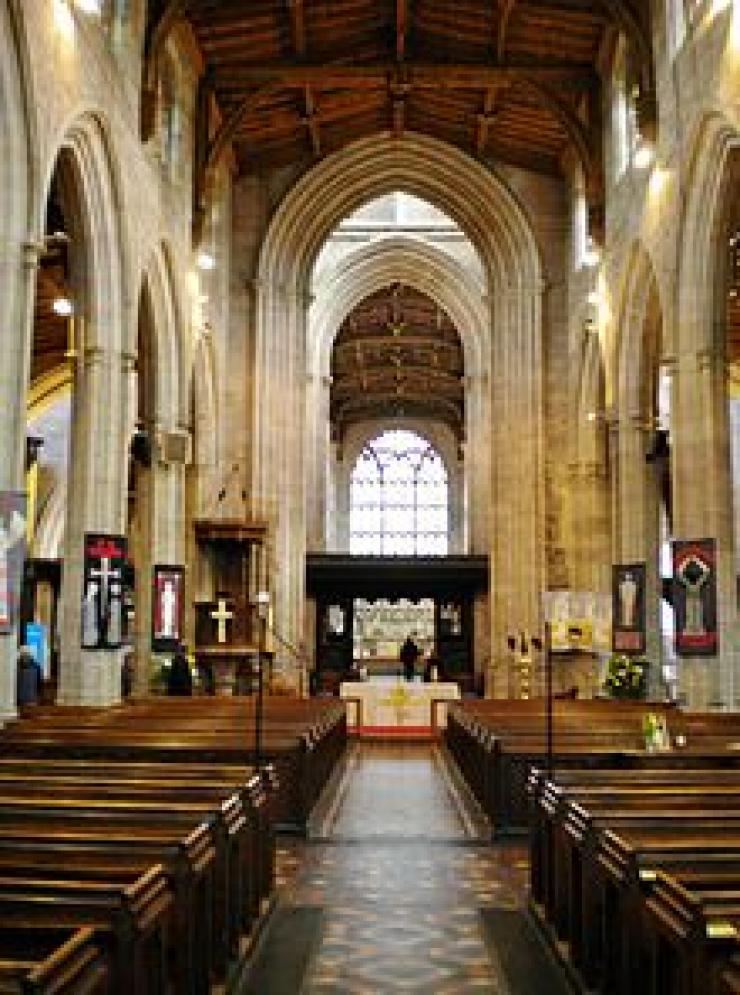 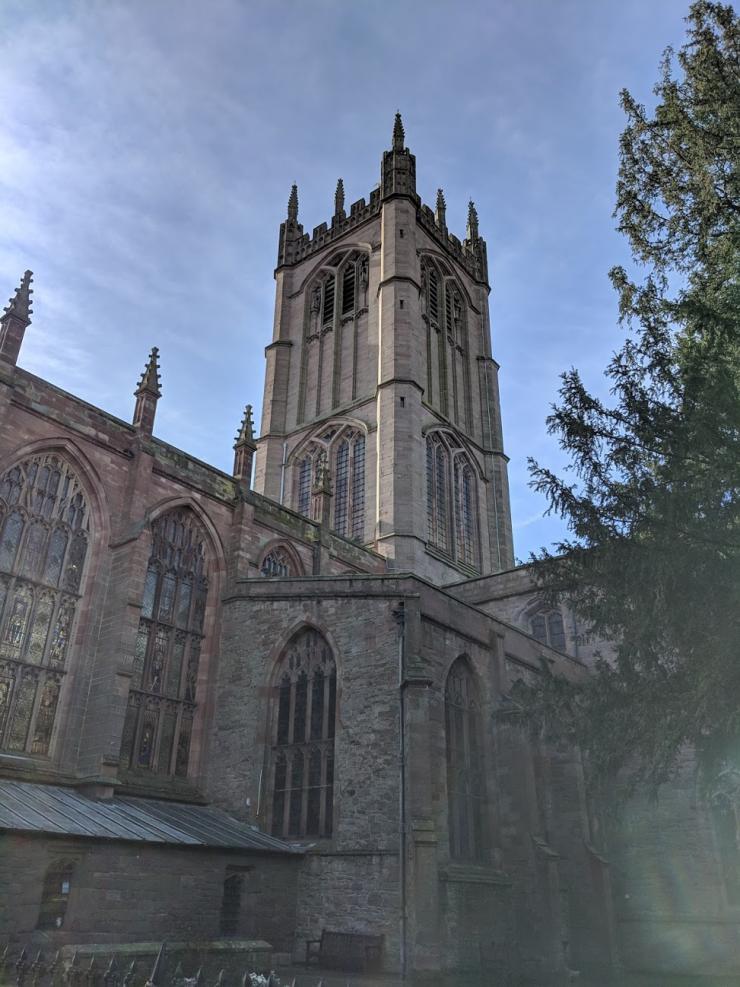 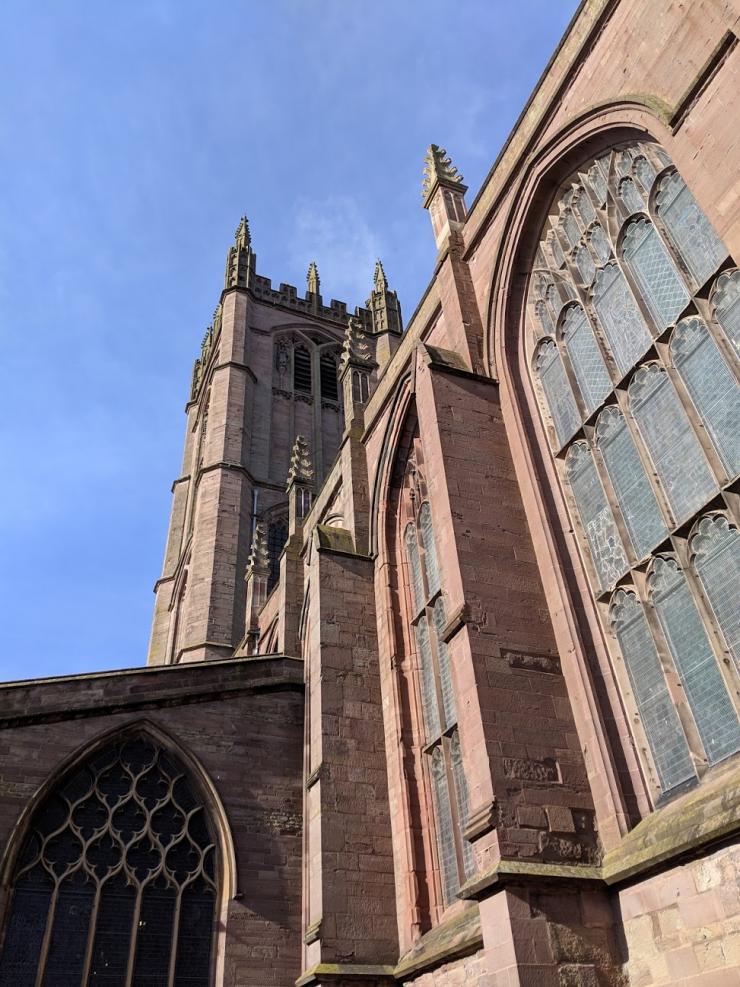 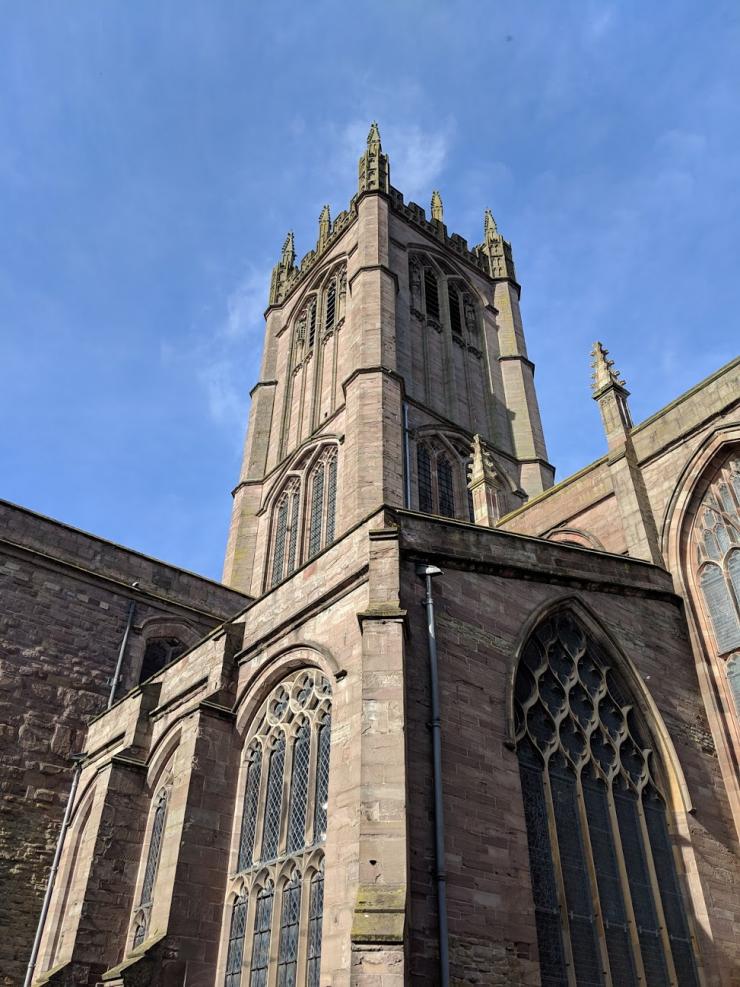 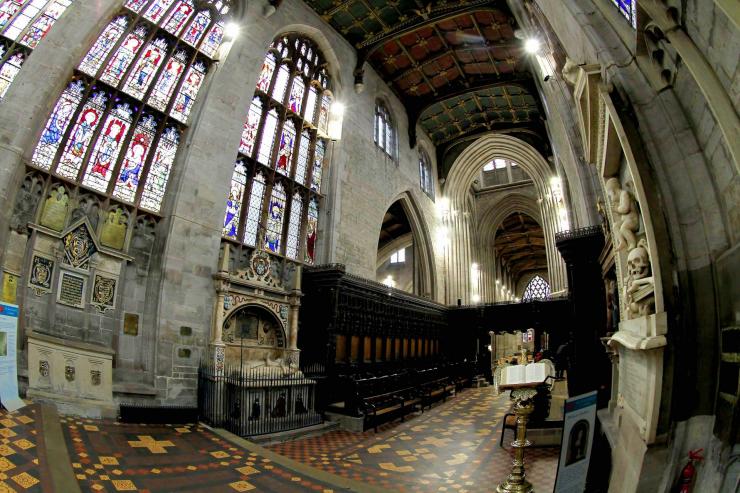 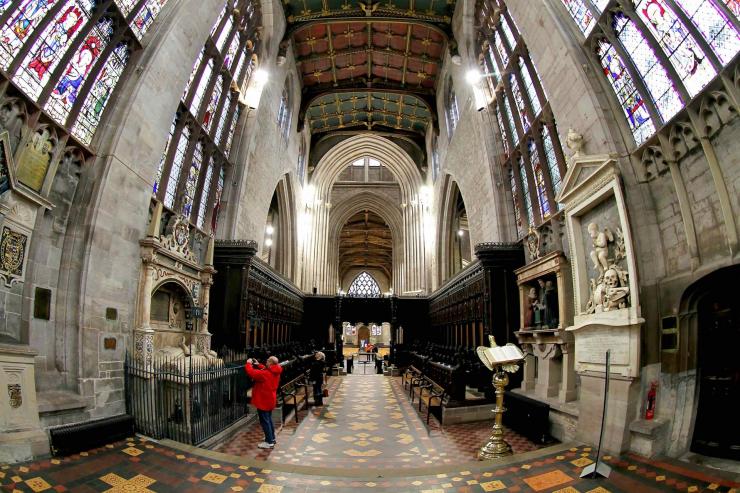 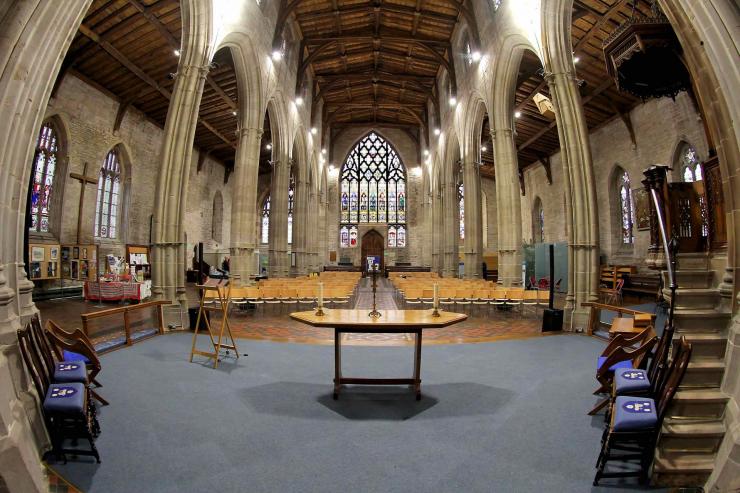 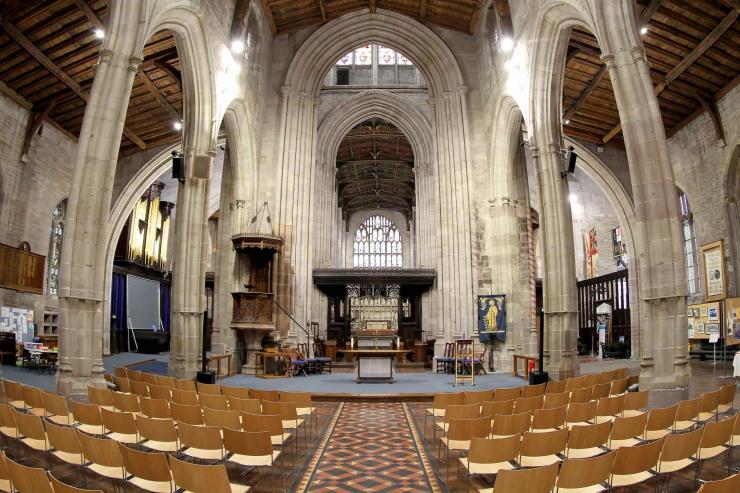 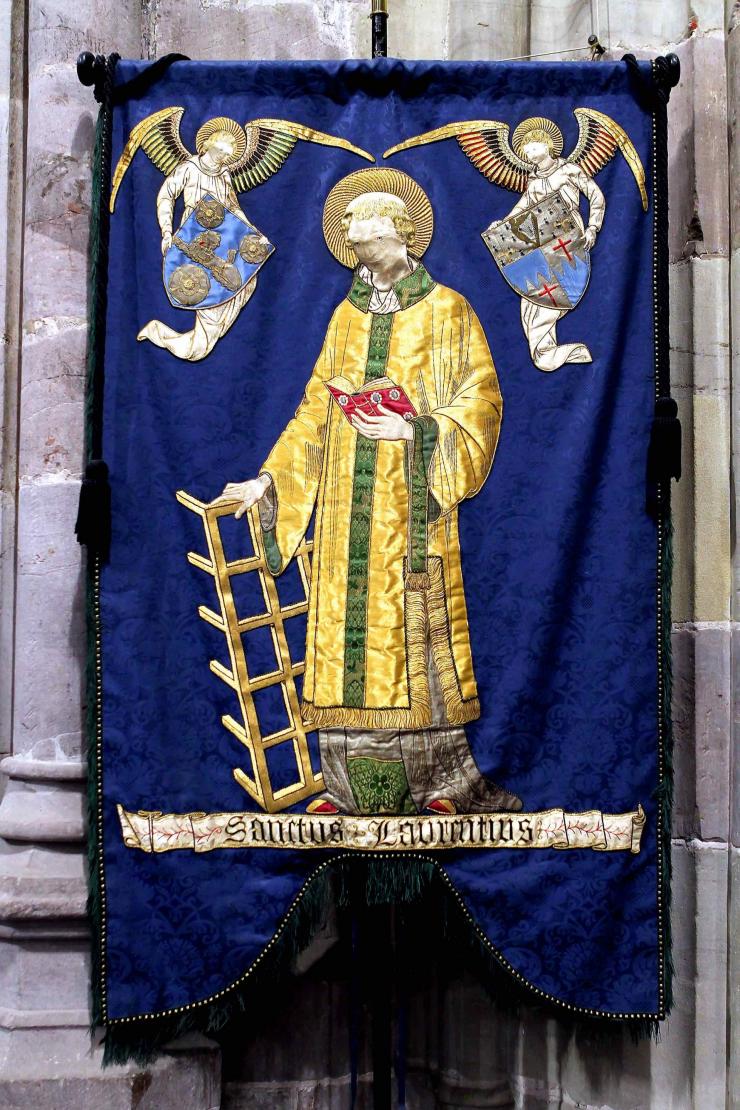 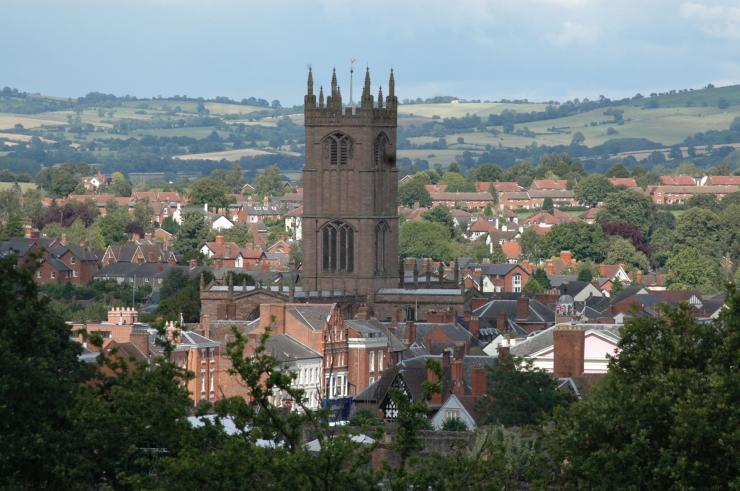